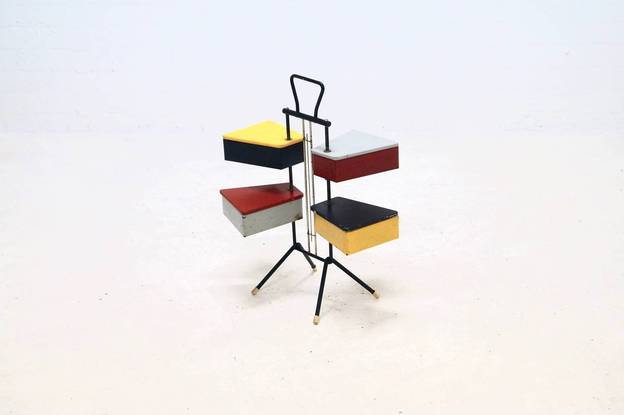 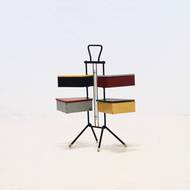 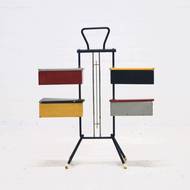 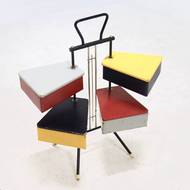 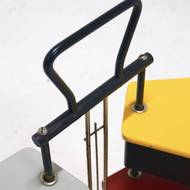 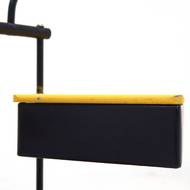 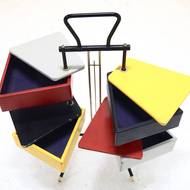 Rare Dutch design sewing box by Joos Teders for Metalux. It features a metal standard with brass details and adjustable metal boxes combined with plywood. Very much influenced by De Stijl movement both in design and colors. The piece remains in good condition with some traces of use.