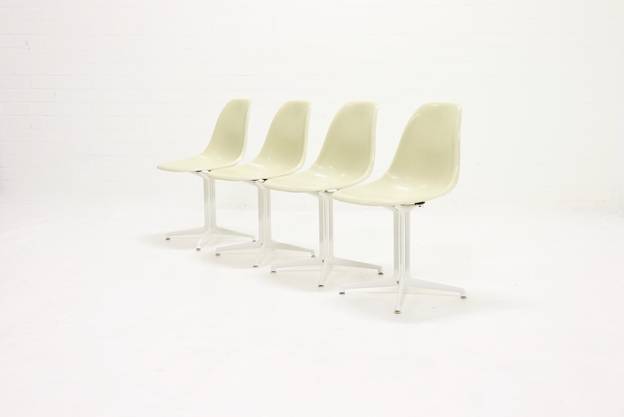 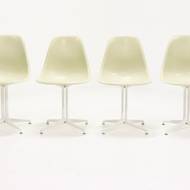 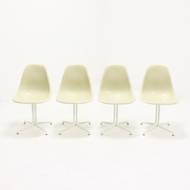 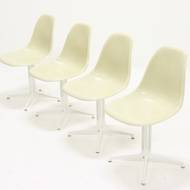 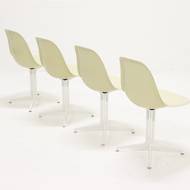 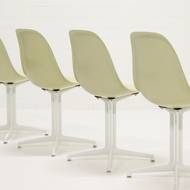 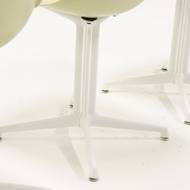 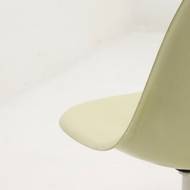 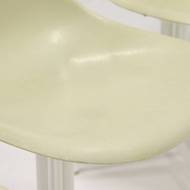 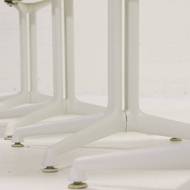 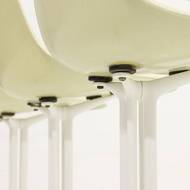 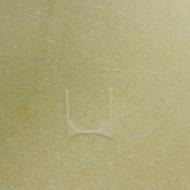 La Fonda side chairs in off white designed by Charles and Ray Eames for Herman Miller. All remain in very good original condition. We acquired them from the first owner who bought them in the 1974.